A contract has been concluded with Mitsubishi Electric Corporation (MELCO) company of Japan on March 7th, 2011 for the procurement of TÜRKSAT-4A and TÜRKSAT-4B satellites. 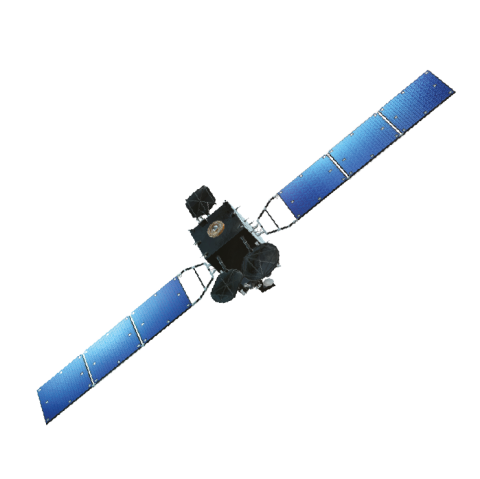 The contract for supply of the satellites, TURKSAT-4A and TURKSAT-4B was signed with Japan's Mitsubishi Electric Corporation (MELCO) on March 2011. TURKSAT 4A communication satellite has a bandwidth of 1750 MHz and operates on 42° Eastern Longitude. The satellite with launching weight 4910 kg includes Turkey, North Africa, Europe, Middle East and Asia in its coverage area on Ku Band BSS; Africa on Ku Band FSS; Turkey and Germany on Ka Band.

The manufacturing process of Türksat 3A satellite was started on February 10th, 2006, based on the agreement with Alcatel Company. The satellite was launched from the Kourou Guiana Space Center located in French Guiana on June 13th, 2008, at 01:05 by means of Araine 5 rocket. Türksat 3A satellite, serving at the 42.0° East location, has been equipped with 24 Ku-band 120-Watt transponders.

Compared to other satellite of us, Türksat 3A satellite has an higher utilization capacity which is 1296 Mhz. It is used for both satellite communication services and direct TV broadcasts via Europe, Turkey, and Central Asia. The Turkey coverage having the advantage of high receive power of Türksat 3A satellite is being used for TV broadcasts establishing uplinks from Turkey, broadband data services, VSAT and narrowband data services. Thus, the users providing services through satellite by means of small-scale and cost-effective uplink systems have been provided with great convenience.